What Is The Permanent Peoples’ Tribunal?

The Permanent Peoples’ Tribunal, headquartered in Rome, is an internationally recognized civil society human rights tribunal functioning independently of state authorities. It applies internationally recognized human rights law and policy to cases brought before it. The PPT is a descendant of the 1967 Bertrand Russell-Jean Paul Sartre Vietnam War Crimes Tribunal, and it hears cases in which prima facie evidence suggests abridgement of basic rights of ordinary people.

Most PPT Sessions are similar to courtroom proceedings in which a complainant or class of complainants brings an action against a government or private party and asks that they be judged against legal standards. The panel of judges in each Session is usually comprised of five to eleven members, about half of whom are jurists practiced in international human rights law and about half of whom are other highly respected members of civil society. The judges hear testimony from victims, witnesses and experts in various fields, hear arguments from prosecuting and defense attorneys, deliberate and in time issue findings and recommended remedies.

“The importance and strength of decisions by the PPT rest on the moral weight of the causes and arguments to which they give credibility, as well as the integrity and capability to judge of the Tribunal members.” The goal of PPT Sessions is “recovering the authority of the Peoples when the States and the International Bodies failed to protect the right of the Peoples.”

Complaints heard by the Tribunal are submitted by the victims or by groups or individuals representing them. The PPT calls together all parties concerned and offers defendants the opportunity to make their own arguments heard. The panel of judges is selected for each case by combining members who belong to a permanent list and individuals who are recognized for their competence and integrity.

From June 1979 to the present date the PPT has held some 44 Sessions whose results and judgements are available here.”

Some recent cases on which the PPT has conducted Sessions and rendered judgments include:

Purposes and benefits of PPT Sessions include:

Primary differences between a Peoples’ Tribunal Session and national courts are that the Peoples’ Tribunal does not rely on state-based legal authority but instead acts independently of states, politics and vested interests. While its findings do not have the compulsory binding force of state-based courts, the legal standards against which defendants are judged are those expressed in broadly endorsed international human rights law.

Additionally, even among human rights tribunals, this particular PPT Session was historical in several respects. 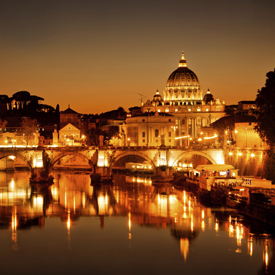